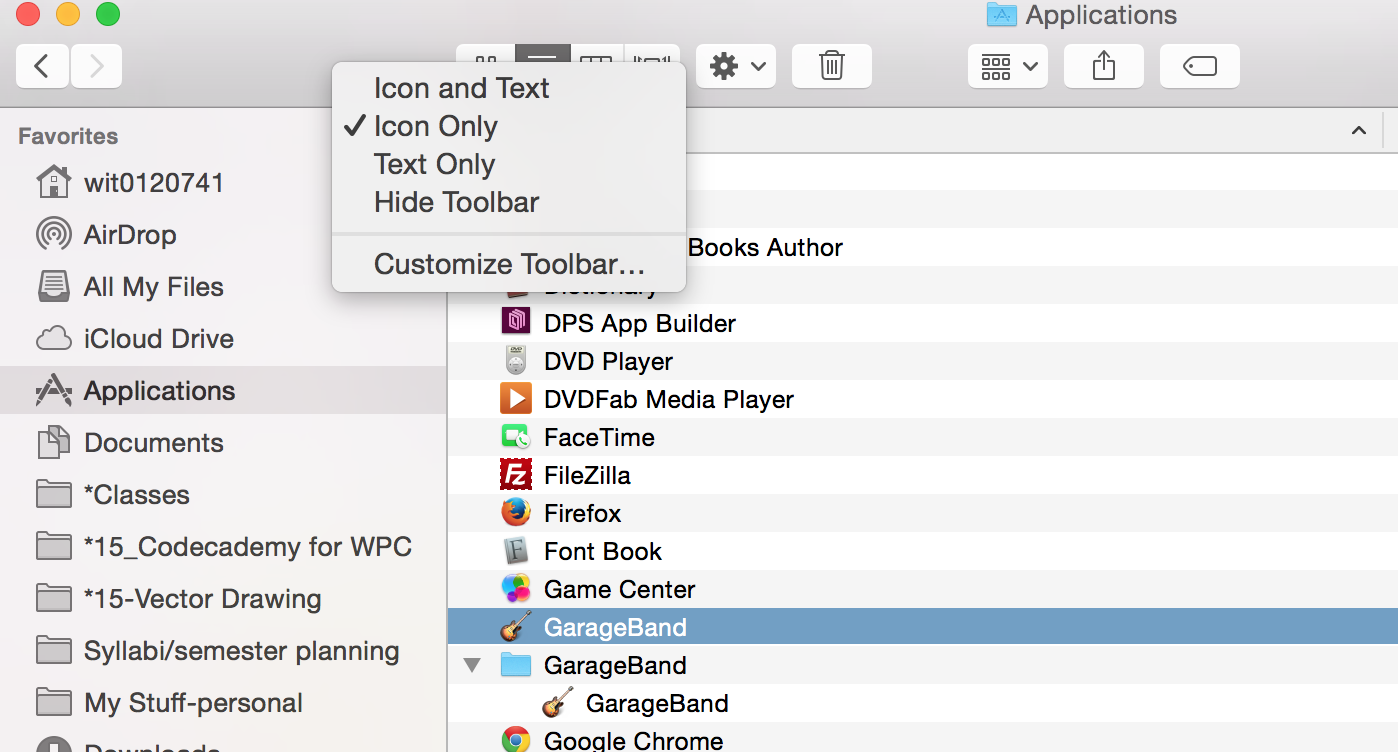 No surprise if kelly. Both of you must have some other - not necessarily the sam - issues with your systems.

Any other, possibly outdated, "tinker programs" running when things turned strange? Sep 26, 3: Of course, it was both Apple and non-Apple menu bar items that were not showing; and since this morning, when the problem was still showing up, and this afternoon, when it is no longer, the only change I have made is repairing permissions. I had removed other programs including one that generated a network scanner icon in the menu bar , but the problem continued.

I removed several startup items for programs I no longer use - but again, the problem continued. Cocktail, which I use, is current, as is TinkerTool. Flip 4 Mac, showing as a preference pane, is current v 3. Thise are the only "tinker" programs i use. The Sophos antivirus software I use used to generate a menu bar icon, and no longer does.

You've been employing a large number of 3rd-party apps, most of which dig into your system. Which becomes a more or less huge problem latest in case of a system upgrade, obviously. Sometimes less is more I can only hope that "removal" was complete, and that you're learning from it. The programmers of these small or large apps are having fun and might even mean it well, but their products aren't always that "clean" The "helper" apps do in fact provide functionaity that Apple does not.

Yes, they can cause problems in an upgrade. But -.

ASM restores the nifty way one can quickly change applications, harking back to OS 9 - so you don't have to scroll through the dock. I have a large monitor; ASM makes it much easier than covering a lot of screen real estate. Flip4Mac of course lets me view WMV files, which some news sites insist on using for their videos.

And Sophos has done a better job of catching viruses in email attachments than anything else Apple has provided. My friends who operate Windows machines particularly appreciate it. It tells me immediately if there are incoming or outgoing transmissions - helpful if I wan't making them - especially if my drives are reading or writing as they happen. And they help me see the speed of my uploads and downloads - perhaps not vitally necessary, but I like them.

Microsoft Mouse lets me use a trackball that is far more useful and far superior to any of Apple's "mice" or its trackpad. I have 2 more in storage if this one ever wears out. I am not surprised that some applications no longer work with the upgrade to Mountain Lion, despite the fact they all worked with Lion. They caused no conflicy problems in Mountain Lion v. And yes, I use software to get rid of all the components of an app that I discard, so it wasn't "leftover" components causing the conflict. In fact, I find myself wishing I had stayed with Lion.

For all the touted "improvements" in Mountain Lion, it has not been worth either the money or the headaches. So what I have "learned" is perhaps Apple's direction in its OS is not serving my needs, and I should just stay where I am. And I speak as someone who started with Apple back with System 5. OS 10 offers significant technical advances over OS 9, it is very true - I am well aware of them. But Apple's failure to recognize some of the best user interface features when it jettisoned OS 9 was bad. The "tinker" apps go a long way toward making up for that.

I'll keep them, thanks.

And as far as I know, it was still the reinstalling of the OS The other steps did not, so I do not believe they were the cause of the conflict. Thank you, macjack - that is a useful approach.


Right now all of my menu bar items are loading properly, but rest assured, this is the first thing I'll try if they fail again. In particular I'd like to be able to go to "Mac App Store and identified developers" for security settings. Perhaps that will help to get there. And no problem at all. No ML version available, but then no more trouble once removed and back to external Apple trackpad.

Most UI features were already present in Lion, with Safari having been an independent update. Anyway, some like it, some don't, some have problems, some don't Sep 26, 7: Well, I just returned my security settings to "Mac App Store and Identified developers" and the menu bar items load properly. All is good, in that regard. Thanks again, macjack. Lousyfool, the latest Microsoft Mouse driver ver. Now, the Microsoft Keyboard driver, dated part of the old Intellipoint software may have been one, but I discarded it. Sep 29, 7: As things progresed, I was getting the full suite of menu bar items only on abour 2 of three starts.

If they did not show, a restart would usually get the menu items. Also, when they did not show, the Spotlight icon would blink on and off at slow intervals. The Notifications icon was always present. The Time machine, volume, Bluetooth, keyboard and clock icons would sometimes be missing, and would sometimes load, when ASM and Menu Meters did not load. So, I changed my security settings back to permitting apps from anywhere; same result.

Time for macjack's approach. The only surprise is that when I went to the "By Host" folder to delete plist files, there was not just one "com. I trashed them all, and the same one which had no numbers in the "Preferences" folder. I suspected that the "show icon in menu" box had been unchecked by trashing the plists.

They came up immediately when I re-checked the boxes in System Prefs. There is also a "com. I have not touched it.

I left the security settings for "Mac app store and identified developers" and restarted - and the ASM and Menu Meters icons did not come up. Tech Tracker and Sophos, and some of the Apple icons did. I went back to the System Prefs, and they stalled whenever I checked a "show icon" box for the missing icons. So I restarted, and went to security prefs, allowed apps from anywhere, and restarted. They have continued to show now after several restarts. After each restart I checked the plists in the Prefs folder and By Host folder.

The com. Sep 30, 6: Just a confirmation: After using it, with the security settings allowing apps from anywhere, I had about a dozen good startups in a row. This morning, as an experiment, I reset the security settings to allow only apps from the App store and identified developers. The problem immediately recurred on restart - 3rd party app icons and many Apple icons missing again. One solution to the missing Dock icon issue is to temporarily remove the app from your Dock and then re-add it.

Fixing the Problem of Missing Dock Icons on Your Mac

This special troubleshooting technique will clean out some low-level caches and other files that could be the source of your problem. To attempt this, first shut your Mac down from the Apple Menu at the upper-left corner of your screen. Afterward, press the power button to turn your computer back on, and then immediately hold down the Shift key on your keyboard.

But anyway, once you restart, your Dock will likely be back to normal.